Combating endstop noise on a RepRap

Endstops on my machine are pure mechanical switches, and the wires to endstops are in the same cable where wires to stepper motor are (unshielded, of course).

I wasn't surprised to see some noise, but when I hooked up oscilloscope to endstop input line on microcontroller (Arduino Mega + RAMPS 1.4 shield), I was surprised to see a noise of such magnitude (ignore CH2- I was planning to hook it up to motor wire but didn't quite get to it): 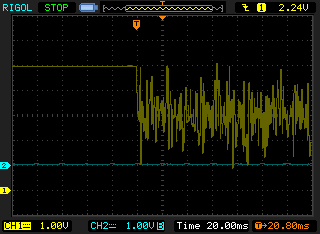 This trace show the moment, when stepper motor, which shares the cable with probed endstop input is engaged. More than 4 volts of noise. Ouch.

I also wasn't too much surprised, to see that noise consists of mostly 50kHz frequency component- the same frequency stepper motor drivers (Allegro A4988 based) chop their outputs.

Initially I wanted to place ferrite rings on endstop signal lines, but couldn't find a suitable ferrites in my lab, so I tried a simple low-pass RC filter instead: 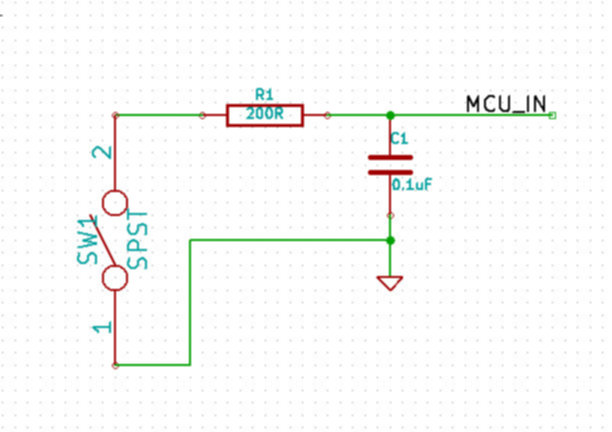 This resulted in much better waveform (captured while the same motor was running): 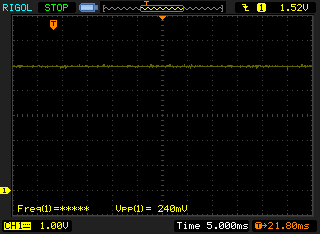 I didn't like the time it took for signal to rise after switch was deactivated though- it rose too slow for my liking: 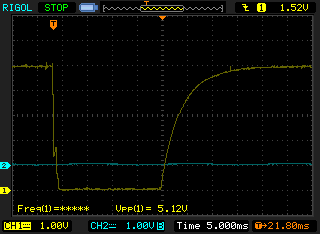 The waveform above shows what happens when axis goes to home position- first the endstop is triggered, and after some delay axis backs up, until the endstop no longer is triggered. Since that is considered the 0 position for that axis, I wanted the signal to rise faster.

To achieve that, I placed a 3.3kOhm pullup resistor: 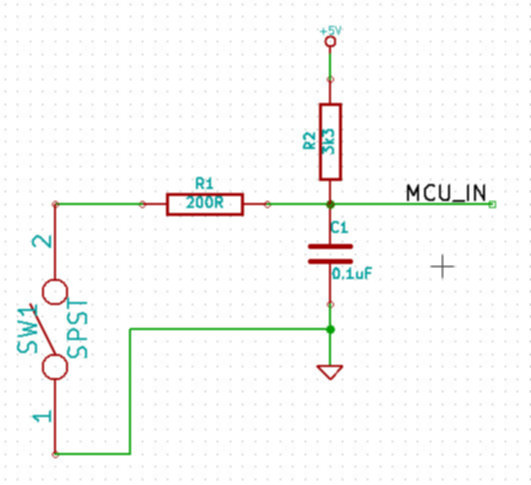 This resulted in a waveform which I found a lot better: 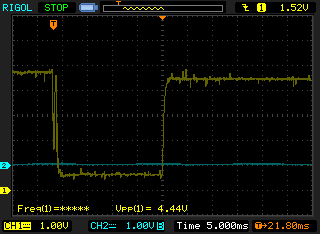 There is significant bouncing while the switch is being closed, but I don't think it does affect anything, since there is a delay after the falling edge, and axis backs up only after the signal is stable.

That's it for now, off to fix a broken Z-probe servo :(